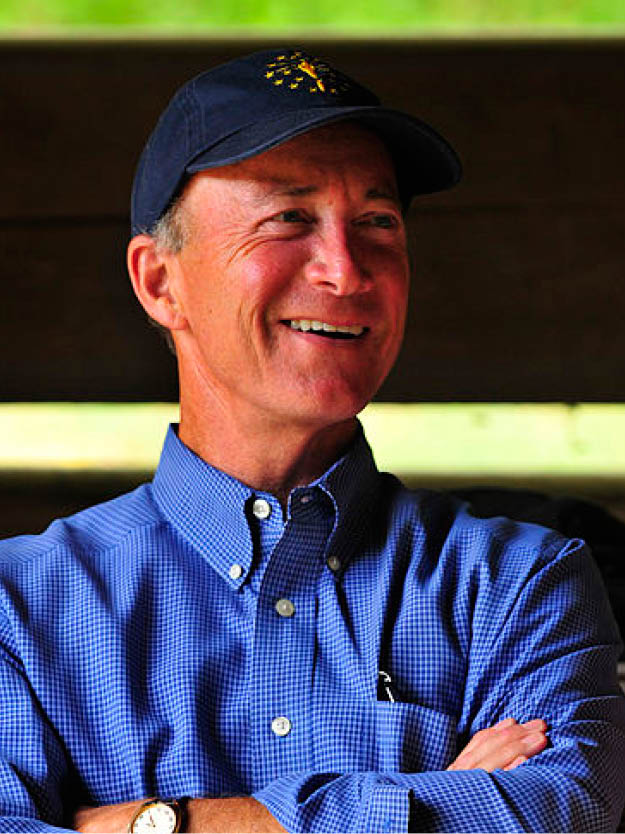 Indiana Governor Mitch Daniels has garnered a lot of national attention recently as more commentators talk up his prospects for a 2012 White House bid.

Most portrayals of him have focused upon his unconventional appeal. His lack of ideological sharp elbows combined with a nearly chronic obsession with parsimony has made him a subject of political intrigue —he’s just not like other political creatures. Newsweek’s feature on Daniels described his “real- ity-based conservatism” as a “model of post-Reagan, post-Dubya, post-Obama governance.” Politico, quoting a Daniels friend, noted that his “sober sensibility” is a part of his appeal. He was a frugal cost-cutter before it was cool, and now it’s paying him dividends.

And then there’s the fascination with Daniels’ unlikely attributes. e Politico article called him “a balding, blunt, unprepossessing, listed-at-5-foot-7 policy wonk,” and Andrew Ferguson’s Weekly Standard feature described an unlikely telegenic appeal highlighted by a “public-golf-course casual” style of dress and an accent with the “rounded tones of Tennessee and Georgia . . . stomped at by the adenoidal twang of Central Indiana.” e Economist wrote that “he has a familiar post-partisan sheen, not unlike a certain former senator—though he is more conservative, shorter and much balder.”

These and other articles on Mitch Daniels have also all highlighted the Governor’s regular-guy appeal and efficacy as a public executive: they feature his Harley rides and stops in run-of-the-mill diners, as well as his decisive cost-cutting measures and businesslike attention to increasing Indiana’s economic viability.

But what’s inside the man? Other than a Five Books article highlighting literary influences, not much has been done to give the public a peek inside Mitch Daniels’ head. So, to partially remedy this deficit, I asked him eight questions in a brief (efficient, very Mitch-Daniels-like) conversation.

AO: Who is your political hero and why?

Daniels: Winston Churchill, without a question. There are multiple reasons why I am such a big fan of his. Churchill biographer William Manchester once wrote that Churchill had his own internal gyroscope. He didn’t tack to public opinion. He spoke from his conscience and from his deep study into history, events, and how things work. He was open-minded and flexible, very practical, not blindly ideological. He had enormous courage, which really enabled all of his other virtues to stand out so prominently, and he did his own writing and his own thinking. In other words, he didn’t need his own handlers like so many political leaders today. He is one of the best examples we have of a leader in both action and words.

AO: What is the first political memory you have that had an impact on your political and policy views?

Daniels: I would say the Goldwater campaign in 1964. He spoke so clearly about freedom and liberty. As a teenager—even though my thoughts weren’t well-formed—that really spoke to me. Those fundamental values have been an enduring factor in my views of what politics and policy are all about.

AO: You’ve recently discussed elsewhere a short list of books that were essential in shaping your thinking. What about people? Who have been the most important individuals in shaping how you think and act?

Daniels: The first person who comes to mind is Senator Richard Lugar. He’s been a senator for such a long time now that people forget he really made his mark early on as the mayor of Indianapolis. He was a terrific executive, and as he used to say, his main job was turning “India-No-Place” into a viable and competitive city. He was an equal opportunity Republican, in contrast with those who want equality of results. I was attracted to his idealism and the obvious fact that he was a Republican in motion, in action. Even though I was young and hadn’t worked out what I thought about everything, I found that his principles were mine—and I found them very energizing. He was in those days incredibly inspiring to be around. And so I found myself identifying with him and his ideas as a result.

Second, I have to say Ronald Reagan. I worked for him, and there’s really no way to emerge from that experience without having been affected significantly and without having learned a lot about what matters.

And then third, I’d say Milton Friedman. I got to know him somewhat, but mainly he influenced me through his books, which I’ve mentioned elsewhere. He was indispensable for understanding the underpinnings of a free society and what progress looks like when you truly care about preserving liberty and opportunity.

Daniels: I generally try to stay away from introducing myself with labels and the like—not because they are inaccurate, but because we’re trying to unite as many people as possible in what we’re doing in Indiana. Labels often drive people apart. But if I drill to the bottom of the issue of why I hold the views that I do when it comes to important policy decisions, it is about the fundamental belief in the primacy of individual liberty and dignity. I suppose I got a lot of that at church early on and from the sources and influences I mentioned earlier.

Government is there to protect the freedom of individuals so they can make of their lives what they can. There is presently a huge contrast between those who share this view and those who prevail in national political leadership at the moment. Some of us believe government exists to protect the important parts of life—enterprise, private associations, families, each individual—so they can flourish. People should be able to make of their lives what they wish, to get on and get ahead in life in accordance with their hopes and plans. When  a government makes that harder for people in the name of some other set of objectives, it has overstepped its proper role.

AO: Was there anything in particular about your tenure in the Reagan White House that prepared you for what you are doing now or has had a lasting impact in other ways?

Daniels: There are so many things I could talk about, but I’ll isolate two in particular. First, watching him as President really reinforced for me the idea that if you get the opportunity to have public responsibility or hold public office, you should play a big game. Public leaders should always have the long-term future of those they serve at the forefront of their minds. They need to concentrate on those big ideas and goals and recognize that they can’t do everything. is seems like an obvious point, but in truth lots of people don’t get it. Reagan was great in this regard. He took the long view and focused on the big things that America needed at the time.

Second, and I’ve quoted him a lot on this, he would encourage us to remember that we have only opponents, not enemies. He learned how to turn the other cheek and never lost sight of the fact that we are all in this together – as Americans. He would never stoop to the level of personalizing things, even if his opponents were doing it to him. It’s really important never demonize groups or people in political life, and he led by example in this regard.

AO: How would you characterize the contribution of your experience as an executive in the private sector to what you are doing now as Governor?

Daniels: When people ask me about the experience that has contributed most to what I do now, they typically think I’m going to mention some aspect of my time in the public sector. But my longest stint anywhere was in private business, and this has by far made the biggest impact on me.

So for instance, we try to operate as any business would by having a central objective that all aspects of the enterprise serve. For us in Indiana, that objective is raising the net disposable income of all Hoosiers. We have all done all we can to orient all of our action toward this goal. Up and down the state government, we have found ways to implement business practices in order to stretch dollars, and at this point, we’ve saved hundreds of millions of dollars this way. e best businesses are organizations of people that are led in a way that gets large numbers of folks doing their best possible work. I’ve learned a lot about this the hard way. We’re doing our best to make sure the State of Indiana operates like a business in this regard.

I should also say a few words about my time in the private sector at Hudson Institute. At the time, it was the home of contrarianism. The time spent reading and hanging around with that gang helped me think in “a perpendicular direction.” That is to say, once something was assumed to be true, it probably wasn’t true anymore. Conventional wisdom was to be doubted, and we were committed to following the data where it led and to be hardheaded about approaching all problems and issues that way. The theme of the early Hudson Institute years was to think long-term and to believe that humankind will always solve its problems if it is free to do so.

AO: What were the best and worst things about being Director of Office of Management and Budget (OMB)?

Daniels: The best thing was simply a chance to serve the country at that level. The job touches everything: the full range of federal dollars, all government regulations, and the management of all aspects of government. And of course, my time there was all the more significant since I was there during such a momentous time: 9/11 and all that followed. The worst part was being away from home. Not the politics of Washington? No, being away from home was much worse than that. Politics in Washington, despite the reputation, is not all it’s made out to be. I remember sitting one night with a prominent businessman who put it well. He said, “people in business are tough, but they’re not mean; people in Washington are mean, but they’re not tough.” I think that about sums it up.

AO: About the Oaks Academy in Indianapolis, the private school you were instrumental in helping start and on whose board you served for a while—how did being involved in that affect you?

Daniels: The Oaks Academy experience came about pretty simply at first: it was an example of the idea, “when in doubt, do the duty nearest you.” Getting involved civically and in good causes is as good for you as it is for those you assist. When I sat at the 10th anniversary of the Oaks Academy, it was very emotional. The place is full, 336 kids—all of them go on to college. As I’ve said before, it was the most important thing I’ve ever been involved with.